I knew that last year would be our last year for a visit from Santa.  My daughter was 12, and I suspected that she had things figured out.  She had the good sense to keep it to herself, but she knew.  This year, she has made no bones about it, she no longer believes in Santa.  I knew it was coming, but it still makes me a little sad.  Sure, it’s just part of growing up and I’m glad that she is maturing and starting to behave more like an adult.  But they get to believe in the magic of Santa for such a short period of time!  They’ve got their whole lives to be realistic, cynical adults, but only a few years to enjoy the wonder of Santa.

But, I do believe in Santa.  She and I talked about it a little yesterday and I told her that I still believed.  She gave me that sideways look that those of us with young teens know well, so I explained myself.  Sure, there is no fat guy in a red suit flying around in a sleigh and sliding down chimneys.  And yet, Santa is very real.  Santa is the embodiment of the spirit of giving that is such an important part of Christmas.  Santa is the fun of watching the eyes of younger kids sparkle when they talk about him or see him.  He’s the joy of giving gifts which is even greater than receiving them, and helping those who need it.

I love this time of year.  Yeah, it’s hectic and stressful and expensive, but it’s fun and fulfilling, too.  That’s what we try to focus on.  So, yes, I believe in Santa Claus.  I hope she always does, too.

I’m fortunate that my job sometimes involves wandering around and exploring places where most people don’t, or won’t, go.  Sometimes that means woods, swamps, or forgotten corners of old farmer’s fields.  But sometimes it means places right out in the open where people have just stopped looking.  Every now and then, these explorations result in finding something interesting; maybe not significant in terms of the legal definition of that term, but important just the same.

Last week, we were heading to an area to survey by crossing over a large clearing where a housing development is being constructed.  In the middle of an area that has been cleared down to the bedrock in places, stood a small farmstead.  The house was very small, just three rooms.  Two of the rooms were part of a frame house that looked to have been built sometime in the early to mid-20th century.  The third room was a hand-hewn log pen that formed the rear of the house.  It was still standing, but in poor condition.  The windows were mostly gone so the elements have begun to take their toll.  There was no sign of indoor plumbing and no fireplace.  A flue marked the location of a wood stove in the corner of one room.  The only thing that we would consider a necessity that we could see was electricity.  The farm buildings around the house were constructed of small logs left in the round and rough-sawn lumber.  All were obviously built by the farmer and showed that ingenuity and adaptability that most farmers seem to possess.  I could tell that they made do with what they had. 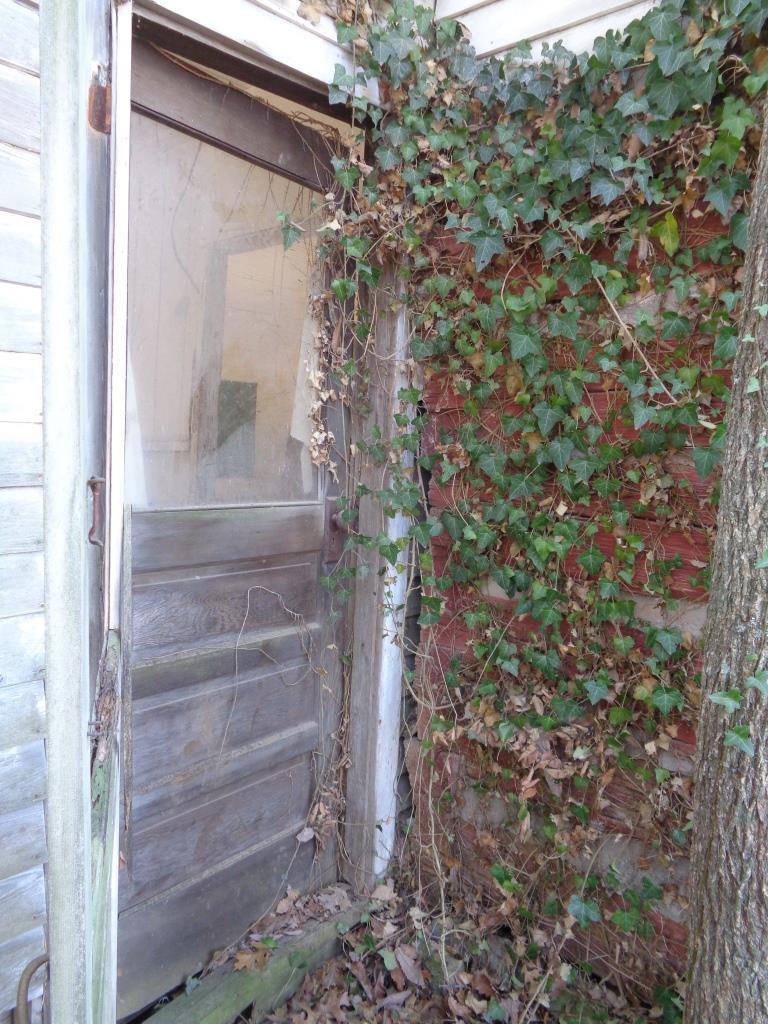 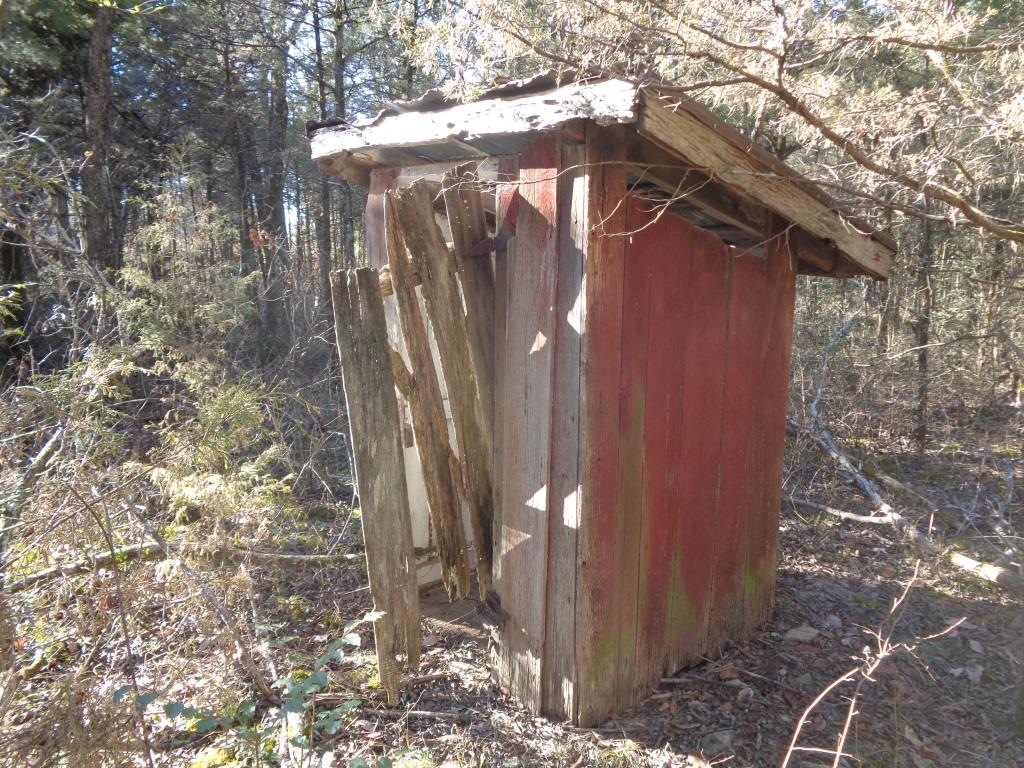 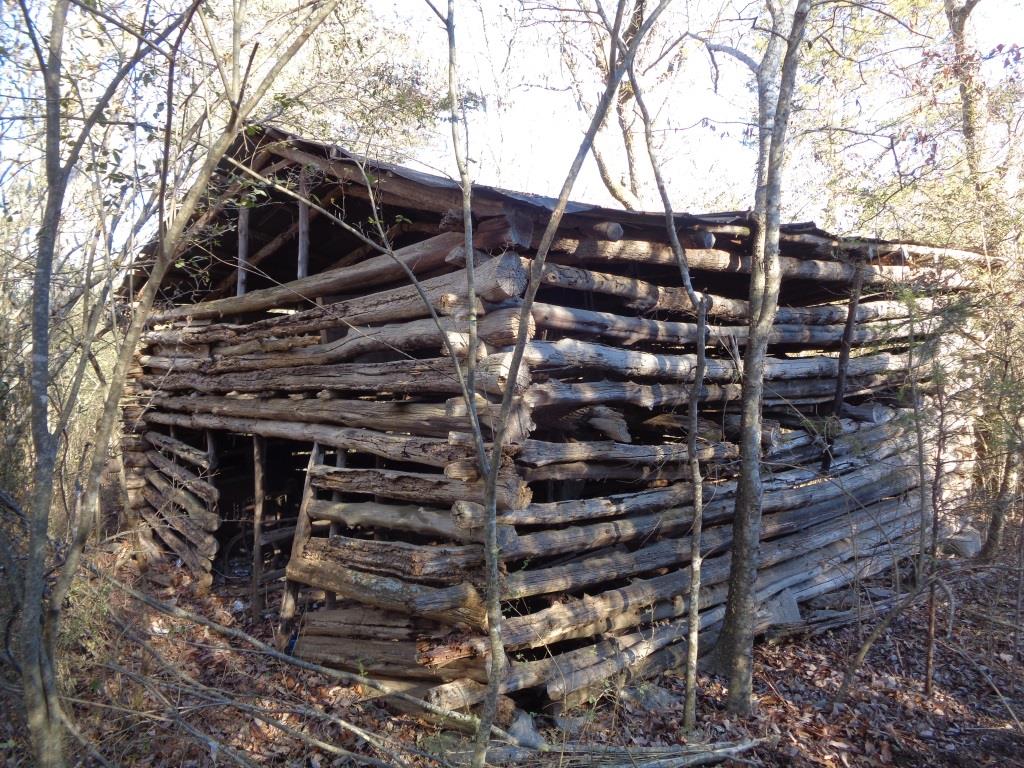 Looking around the interior of the house was a little disturbing at first, as the entire floor in all three rooms was covered by what appeared to be trash.  There were some pieces of busted furniture, cans, and jars, but most of it appeared to be paper.  We could see newspapers, magazines, and lots of unidentifiable stuff.  But we could also see envelopes that held letters and cards, coloring book pages, and school work.  Two small school portraits were found on the stove just inside the log pen, one of which was inscribed to “Aunt Lou”.  This house wasn’t just full of trash; it was full of somebody’s memories, full of their history. 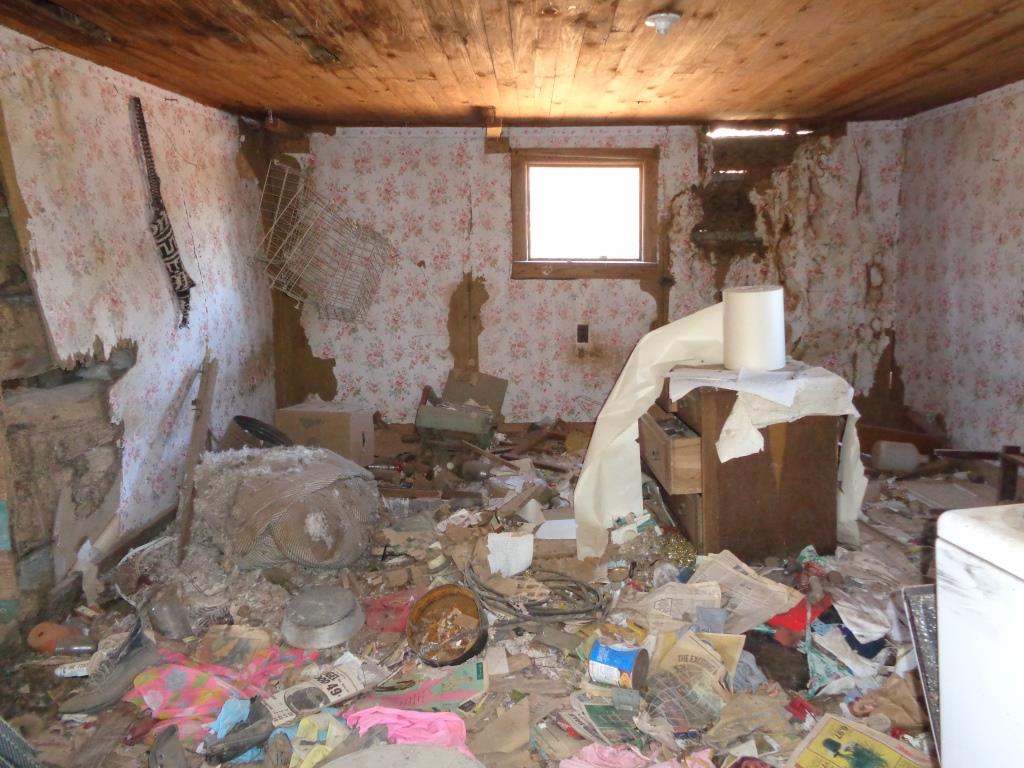 I’ve seen this kind of thing before, and I always wonder about the people who lived there and what happened for all of this stuff to get left behind.  Did “Aunt Lou” have to leave her little farmstead to live with relatives or in a facility in her later years?  Did her family move away before she passed?  Did they not have the means to go through it all?  Did they just not care?

I don’t know how this place came to be the way it is and I don’t know what happened to “Aunt Lou” and her family.  I’ll probably never know.  But part of my job is to record this exact kind of place, and it’s a part that I take very seriously.  It’s very easy to say, “eh, it’s just another little farmstead”, write my report, and go on to the next project.  Honestly, that’s just the reality of this business.  But I know that I may be the only person who cares about this place at all.  I may be the last person who looks at it as anything but an obstacle.  This house isn’t a mansion or a plantation house, and as far as I know, no one who you’ve ever heard of lived there.  But it’s a place where someone’s Aunt Lou lived.  It’s a place where tough people worked hard in rough conditions to make a living.  It’s a place where kids were raised and came to visit.  It’s a place like thousands of others in the rural South, but like no other to the people who lived and visited there.  Yeah, it’s important.

By this time next year, there will be beautiful new homes, with manicured lawns and HOA fees where Aunt Lou’s house used to be. I suppose that’s progress.  But somebody out there remembers Aunt Lou’s house, and I’ll make sure that it’s remembered in the historical record, too.